One message PCBUs still aren’t getting 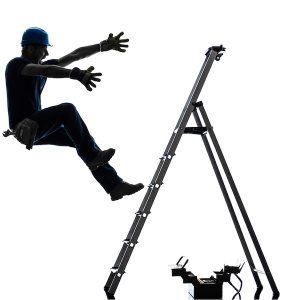 A preventable fall from heights at a construction site in the ACT in 2016 that led to a 16-year-old work experience student suffering significant injuries has resulted in a fine of $180,000 being imposed this week on the head contractor Nikias Diamond.

Two other contractors involved in the incident were each fined $132,000 and entered into enforceable undertakings with WorkSafe ACT.

However, it has been reported by ABC News that WorkSafe considers that the fine for the head contractor was inadequate and did not reflect the serious nature of the breach.

The incident occurred when the student fell off a ladder into an uncovered 6-metre void and broke his neck.

WorkSafe noted that simple steps by the head contractor could have prevented the injured person, who was a vulnerable visitor to the site, from sustaining permanent and ongoing pain and impairment from the fall.

Further, although there was some communication that the area around the void was an exclusion zone, there was a failure to simply cover the void and eliminate the risk.

This judgment follows on from other serious falls from height across the country, including the collapse of scaffolding on a Ganellen worksite in Macquarie Park, Sydney.
In that case, a young worker was killed when the scaffold he was working on collapsed. That incident has sparked a greater focus by regulators to investigate and prosecute failures to ensure adequate fall protection.

Whether your business operates in the construction industry or not, there is always a need to assess when your workers may be exposed to a fall from a height, including falling into a void or trench.

It is also important to clearly communicate to all workers on site the risks that are present, as well as the controls in place to manage that risk.

There is absolutely no excuse not to manage fall risks