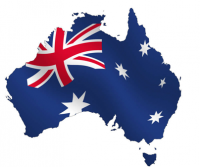 The Workplace Safety Legislation Amendment (Workplace Manslaughter and Other Matters) Act 2019 was passed by the Victorian Legislative Counsel on 26 November 2019 without any amendments. It is now awaiting royal assent and will come into operation on a day to be proclaimed or on 1 July 2020 at the latest.

In an earlier article, we reported that the Bill introduces two new offences of workplace manslaughter to capture negligent conduct which causes the death of an employee or member of the public. These offences introduce maximum fines of up to $16.5 million for bodies corporate, and jail terms of up to 20 years for company officers.

The debate in the Legislative Council (Council) following the second reading of the bill, focused on a number of issues including:

The Honourable Ms Tierney responded that “…a suicide that is the direct result of negligent workplace practices and policies that substantially contribute to the death could constitute workplace manslaughter.

This may occur where there has been sustained bullying of an employee, whether directly by a senior officer or as the result of negligent practices and procedures that could have been reasonably guarded against, which I think is the key thing. So, it will be through the investigation and of course the court process that it will be determined that there was serious negligence and that the core element of that was being conducted at the workplace.”

All the amendments proposed in the Council were opposed and the Act was passed without amendment.

Earlier in the year, the review of the national model WHS laws recommended introducing the offence across all jurisdictions. In response to the review recommendation, New South Wales has introduced a WHS Amendment Bill.